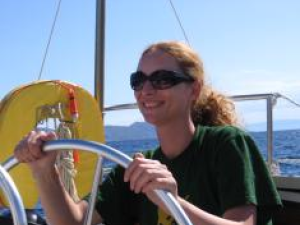 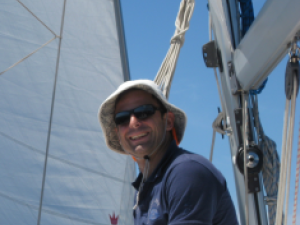 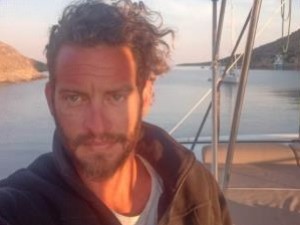 Giannis - Johny Mylonas is a 36 yo experienced skipper with more than 15,000 NM on his CV. He got his sailing certificate in 2012 and since then his goal is to sail as much as possible. Johny speaks Greek, English, German. He has sailed around the Cyclades, the Sporades, the Ionian, Peloponesse and the Argosaronic Gulf and made yacht transfers from Croatia, Greece and Israel. He will for sure take you to unforgettable destinations. 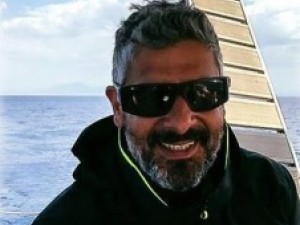 Dimitris Ploumidis is a freelance skipper who sails 15-20 weeks per year around the Cyclades and Sporades islands, the Ionian Sea, the Dodecanese islands and the Argosaronic Gulf. As a sailor, Dimitris has earned a diploma of Open Sea(NOPF), has worked in daily cruises around Mykonos and has made a transatlantic crossing in 2014. Dimitris speaks Greek, English and Spanish(basic), he has been involved in the publishing of 6 travel guides, as an author and photographer. His knowledge will make sure that your trip route will include the best destinations and experiences. 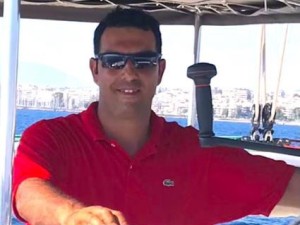 Nikitas Vrachatis has 24 years of sailing experience on various sailing and motor yachts, from 28 to 80 feet in length, with a total of 210,000 nautical miles (110,000 nm cruising, 100,000 nm completed races). During the summer months he is employed as a Captain on various charter vessels. Throughout the winter months he works as an Engineer, repairing and maintaining yachts, as an assisstant teaching sailing at the Sailing School of Kalamata as well as delivering vessels within the Mediterranean Sea and across the Atlantic Ocean. Nikitas speaks Greek, Italian and English. His profile guarantees a safe and fascinating sailing experience. 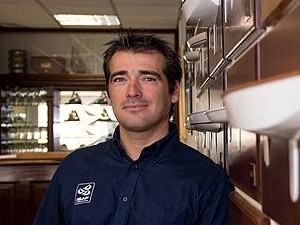 Vaggelis Atzemian is a sailor since 1987. After He quickly realized his passion for competitive sailing and made his first steps as an athlete. He raced at international level, and then continued as a sailing coach, where he built his career for more than 20 years: Vagelis was honored to be the Coach of the Greek British and Maltese National Teams in Greece and from 2004 to 2015, with significant distinctions and awards. Additionally, Vagelis has worked as a freelance coach in several countries across the world. His top acknowledgement as a coach was in 2013, when he got funded by the Greek Olympic committee to be trained as a Coach Developer under the ISAF standards. During his career Vagelis has developed strong sailing experience, as well as communication skills with the athletes, including kids from the age of 7. As an open person, Vagelis can motivate the people on board. As a skipper, he has the ability to manage people within a sense of initiative and unity. During his sailing trips, Vagelis demonstrates flexibility and adaptation to the changing preferences of his guests and the changing conditions, while he ensures that guests on board maintain their enthusiasm and spirit. He is the ideal skipper to train people in sailing during their holidays. He also enjoys navigating larger and more demanding yachts. Vagelis is a holder of the RYA Yacht Master Off Shore; he has also gained RYA certificates on First Aid, Survival and VHF; he speaks native Greek and very fluent English language.