Sail in the breath taking landscape of the Ionian Islands: Meganissi, Antipaxos and Paxos, Kefalonia, Ithaca, Skorpios and Lefkas are islands where you can experience an unforgettable cruise. 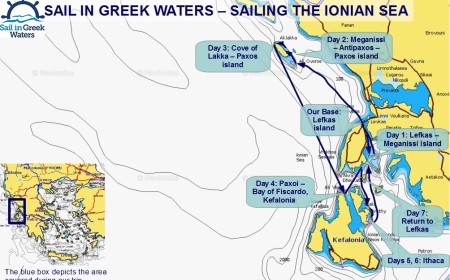 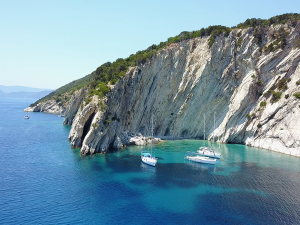 Our sailing cruise started on Lefkas island; we sailed away on Saturday afternoon, after we filled the yacht with the required provisions, food and drinks. The closest destination was the small islet of Meganissi, 2 hours to  from the South from the port of Lefkas. It was a calm introduction to the experience of sailing!

We reached the bay of Spartochori at the north of Meganissi, just before dark falls. We berthed at the floating piers at the west coast of the cove, which belong to the nearby tavern. They offer safe berth along with a meal in their tavern, a deal we were happy to accept! The tavern is owned by two brothers, one of them helped us to moor with his inflatable dinghy and offered fixed anchorage, so we didn't have to use our own anchor. We had a marvelous dinner on our table on the beach, surrounded by the tall trees down the coast! After dinner we returned to our boat for a good sleep, after a long and full day!

Click on the photos or the map image for more

Note: When sailing from the port of Lefkas, yachts cross the canal. It needs a lot of attention and thorough examination of the chart, before leaving the port. 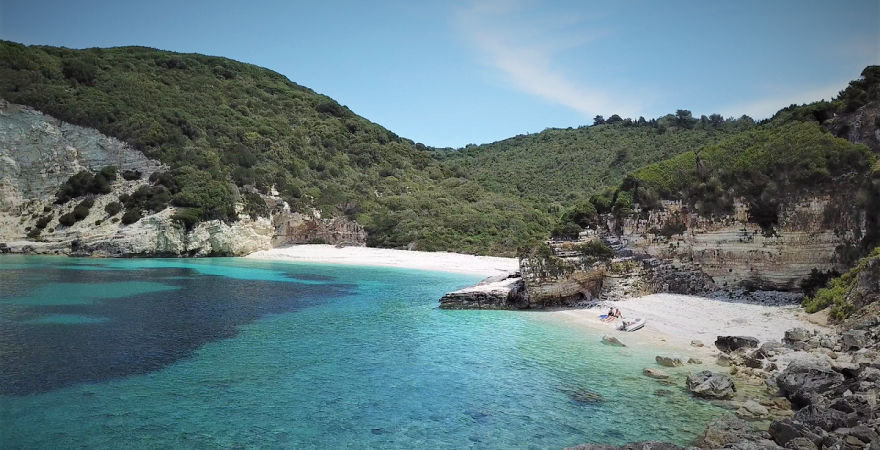 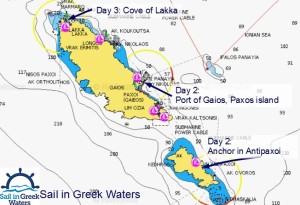 Next day early in the morning we sailed to the famous Paxos island. We crossed again the Lefkas canal and exited from its northern end. We sailed further north, first to the small island of Antipaxoi, 29 miles far from Lefkas. We anchored by the east coast of Antipaxoi, just after the small port of the island (for more details please visit the chart on this page). We used a line ashore to keep us by the beautiful rocks. The place rocks!! Calm, turquoise waters, trees and beautiful nature on the hills and the endless blue of the Greek islands surrounding us, all composed a breath taking landscape, which we enjoyed either swimming or sun bathing on the yacht's deck.

In the afternoon we sailed further north to the nearby island of Paxoi. We headed to the main port of the island, called Gaios. We decided to enter as safe as possible, from the north entrance, surrounding the islet of Panagia (Holy Mary). We entered the narrow port and we were really lucky to find a spot to moor, since the port gets full by noon! It is a very picturesque and romantic place, on the equally beautiful island of Paxos. We prepared dinner on board based on local ingredients and vegetables, which we found really delicious! Later we enjoyed few drinks in the cozy bars at the port.

Click on the photos or the map image for more 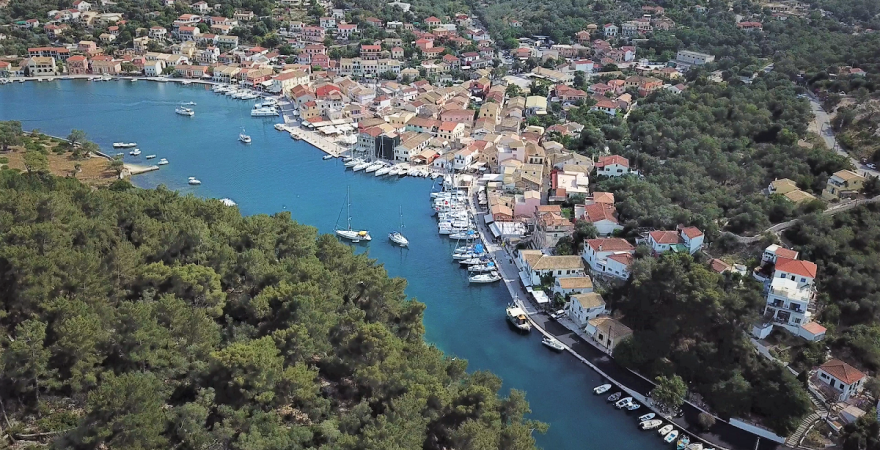 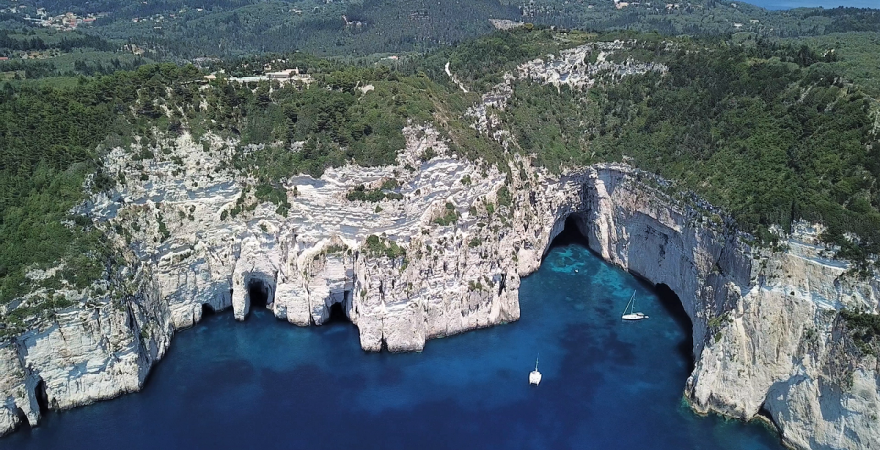 The third day we decided to avoid a long trip but better have a relaxing day. We sailed north for less than an hour, toward the cove of Lakka. Breath taking sailing destination, absolute turquoise and transparent waters, the cove of Lakka gives the impression of a swimming pool, all natural and beautiful. We berthed at the north-west coast of the cove, to stay protected from the prevailing north/western wind of summer months. We used also two lines ashore to keep us on a fixed spot, although numerous yachts in the cove stayed safely on free anchor.

We stayed there for the whole day and visited also the small port at the far end of the cove. We ate some wonderful appetizers and starters at the bar of Akis, at the eastern end of the village. They offered top-class dishes, at a normal price. We returned to our yacht before the night falls and slept early under the stars, to get prepared for the next day and our return trip.

We sailed early morning for the island of Kefalonia and the famous port of Fiscardo. The distance is 52 miles or about 7-8 hours, so we started before sunrise to catch the day from the start. We arrived to beautiful Kefalonia in the afternoon and had a swim in a cove just above Fiscardo, before we enter the port, around 4pm. Again, we found one of the last spots in the port, since it's full with yachts. If we could not berth inside the port of Fiscardo, we would moor by the rocky coast line around it.

Many spots in the small port are kept clear during the day for berthing of the tourist ships. But in the evening these spots are available, till early next morning. Fiscardo is very beautiful and picturesque place, so we spent the rest of the evening on the shops around the port either for coffee, dinner and later drinks. 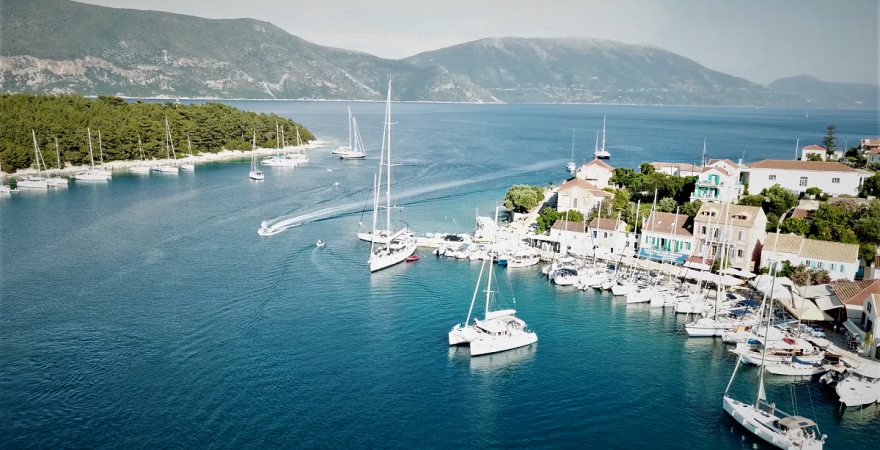 The next day, Wednesday, we felt like making a tour around some beautiful, nearby destinations. We sailed early morning from the port of Fiscardo to the small islet of Arkoudi, located at the southern side of Lefkas. The map shows 1-2 spots for berthing, but we didn't felt like swimming there because of high depths. Note that ideal berthing takes place no more of 10-15 meters deep, for the safety of the boat as well as the pleasure and convenience of the people. We were interested for a short stop at the small port of Syvota at southern coast of Lefkas, so first we went for a swim at the small cove, western of Syvota. By noon we berthed at the port of Syvota, a traditional and cute port and had a coffee at an interesting coffee shop at the entrance of the port.

Soon, we continued our small daily tour for Ithaca island. We found nice wind between Lefkas and Ithaca islands, so we enjoyed an hour of relaxing sailing before we approach the eastern coast of Ithaca and the wind fades out. The coast line just southern of the bay of Aetos is wonderful with numerous spots for swim (not all of them are suitable for staying overnight as they are exposed to the waves of the open sea and the N/W winds that blow from afternoon till late evening). We enjoyed a couple of hours swimming by the cape of Gidaki. Amazing landscape!, as the form of the white, shiny rocks slide from the hills, sharp down to the sea level. The rich flora on the hills offer turquoise colour to the bright and shiny waters of the small cove.

Later in the afternoon we headed to the port of Ithaca, in the picturesque bay of Vathi. Due to the prevailing western afternoon wind (15-18 knots) in the port, we berthed at the western side of the port. The wind dropped by late night. We had dinner at the restaurants on the port side and tried wonderful fresh, local fish. 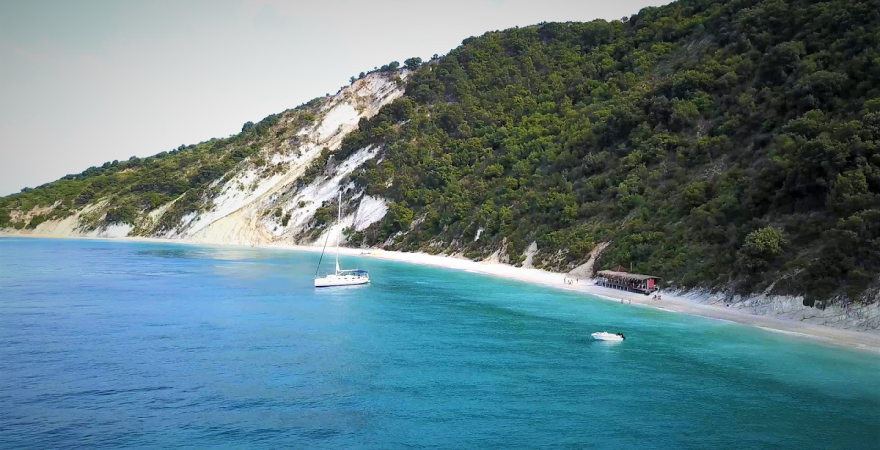 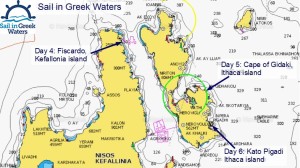 We woke up in the morning and enjoyed a relaxing day in the port. We had breakfast in the boat and walked through the traditional alleys of the small, beautiful town of Vathi. We paid a short visit to the folk museum (entrance 3 euros) to view the traditional craft work, machinery of the previous centuries, charts and nautical uniforms.

At noon we sailed to explore the eastern coast of Ithaca, full with secluded, paradise places, one after the other! We anchored in the cove of Kato Pigadi, few hundred meters south of the rock. We tied two lines to the rocks, to keep the yacht near the rocky coast and protected from the winds with north and mainly western direction. At the bow of our yacht we were facing the endless blue of the Ionian Sea and at our stern, 20 meters from the rocks, we enjoyed the turquoise waters under the all-green rocks. We spent the day swimming in the beautiful place, fishing and sun bathing! Before dark falls we cooked the fishes we caught in the nearby beach and enjoyed a delicious dinner with fresh fish, salad and wine on our boat; this has been an unforgettable experience!

The port of Vathi, Ithaca

The next day was already Friday so we had to return to Lefkas port in the afternoon. We sailed from Kato Pigadi on early morning and headed to Lefkas; on the way we sailed near the islet of Arkoudi, the strait between Lefkas and Meganissi, with attention to the reef close to the rock of Thillia, near Meganissi. On the north was lying the islet of Skorpios, full with trees of a shinny, green colour. We made a little stop to the south coast of Skorpios for a short swim; another amazing spot for swimming and relaxation. Few hours later we sailed to the port of Lefkas. We stayed in the boat for the last night, recalling the beautiful memories of a fantastic sailing cruise.

More in this category: Sailing route at the Ionian islands: Lefkas, Ithaca, Kefalonia, Kastos »
back to top 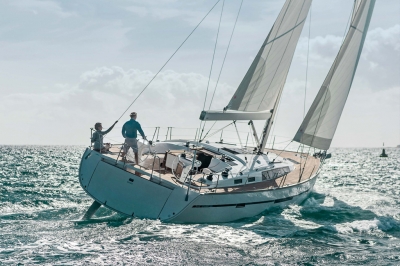 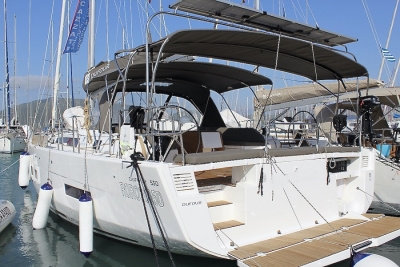 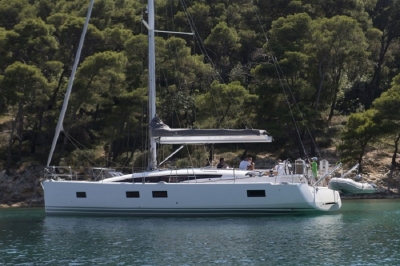 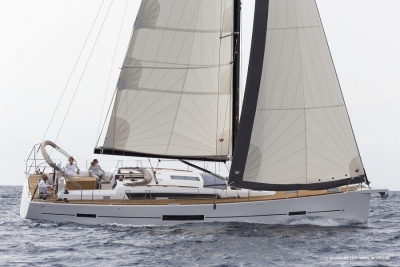 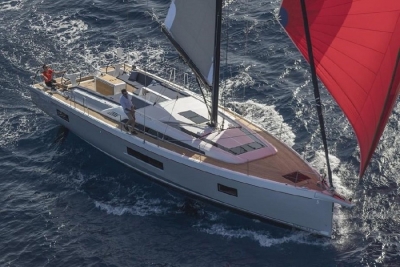 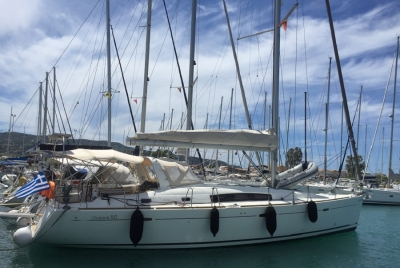 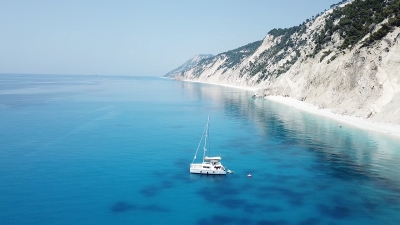 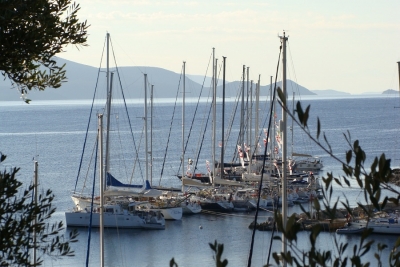 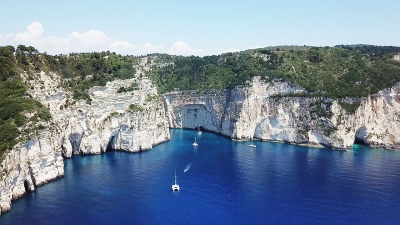 One week sailing trip in the northern Ionian islands

One week sailing trip in the northern Ionian islands Sailing Holidays in the Ionian Sea - one week route

Sailing Holidays in the Ionian Sea - one week route
All ready